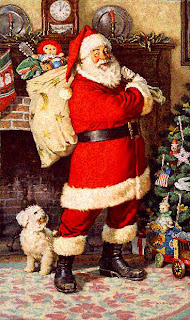 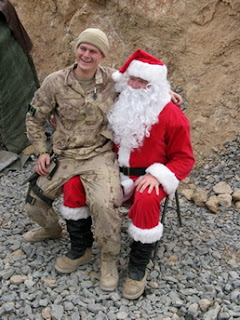 That would be today, December 24. The NORAD Santa site is perhaps one of the coolest websites in the US defence department. Plus it doesn't have any classified information or right wing neo-con dogma that is now endemic in the United States military.

It was good to find out that Norad will be able to track Santa even though they are snowed in. Thats good news, because hopefully they could track any Russian bombers coming into North American Airspace that would have come in the past 40 years. Apparantly the story goes, that a Coloardo Springs store, had a santa hotline and that it was misprinted in an advertisement to be NORAD's phone number. When Children called the number, the NORAD staff were able to confirm that Santa had indeed entered North American Airspace and was quickly approaching.

Santa also made a pre-christmas visit to Afghanistan, looks like our boys are having a wonderful time despite the circumstances of things in Afghanistan.