The Riot Be The Rhyme Of The Unheard 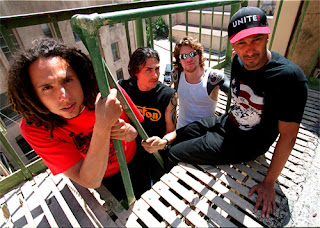 Its official, the greatest left wing political band ever is reuniting! Rage against the Machine is back, and it took long enough. They are reuniting for the Coachella Music festival on April 29, and just the idea of them playing live together makes me fired up for no particular reason. I really want to hear Zack de la Rocha spout his venomous lyricism in anger against the worst Presidential administration in the History of the United States.

They fought against globalization before it was the in thing to do. They fought for illegal immigrants rights years before it was an issue that was in the mainstream media. This band was so ahead of its time, in terms of its political message, that their songs from the 1991 self titled album sound as fresh lyrically, as well as musically today that they did when they first burst onto the scene and blew everyone away.

Just reading about this made me listen to People of the Sun, a song about the plight of the (Zapatista Rebels) indigenous peoples of Mexico, and then Calm like a bomb a song talking about riot and protesting, demanding the government to look after those who don't have a voice. Its song like this that make a person think about the world, and to not just worry about consuming. It makes people think, and get angry, but also reminds us to look out for those of us who have no voice.

Labels: calm like a bomb, Rage Against the Machine, revolution

When I wrote this, i was listening to Rage Against the Machine songs - Wake up, Down Rodeo, How Could I just kill a man, born of a broken man...
So many good songs!

Great band. I saw 'em twice. First time they played in TO and then at Lollapalooza. Hope they record again (cuz Audioslave is largely a waste of good musicians).